JEDDAH: Living in a semi-arid region such as the Middle East and North Africa (MENA) makes dust part of daily life.

This natural relationship with dust makes it difficult for people in the region to realize how harmful it is to humans and animals.

According to the World Meteorological Organization, there has been a significant increase in the frequency and intensity of sand and dust storms in the Middle East in the past two decades. This is due to various reasons, among them climate change.

Talon Dust Control, based in King Abdullah University of Science and Technology (KAUST), is introducing an innovative, low-cost solution in the region: An environmentally friendly liquid spray-on solution that prevents dust lift-off from land.

“The product is non-hazardous and more economical than alternatives like the traditional landscaping options, and is locally produced in Saudi Arabia,” the startup’s co-founder Shahzad R. Ghauri told Arab News.

The product is 100 percent locally manufactured in KAUST labs. “We’ve been working on this project since 2017. We observed the product for two years, and we determined its viability and efficiency,” said Ghauri, adding that the company’s name is inspired by the falcon, a deeply ingrained symbol in Saudi culture.

Talon is currently marketing three versions of the product. One is primarily used in the landscaping and entertainment industries, the second is meant for renewable energy and solar panels, and the third is used in open fields.

“We tested the product under weather conditions such as rain and wind, and other damage sources such as heavy machinery, equipment and vehicles,” co-founder Dr. Mohammad Omar told Arab News.

Once the product is sprayed, it dries within two hours and lasts for two years. Some maintenance may be needed during that time, but the Talon team can customize the product according to clients’ needs.

“The material used in our product is approved for food packaging and food additives in the US and Saudi Arabia, hence it’s fair to say it’s environmentally safe,” said Omar.

“It also contributes to the environment by reducing the cost of water use associated with turf maintenance, pavement cleaning and site dust control.”

The Talon team anticipates annual revenue of $8 million in the third year. “Our vision is to make Talon Saudi Arabia’s leading dust control company and to become an exporter to the world,” said Ghauri.

“One of the most difficult things in a startup is converting your idea to an executed output, and KAUST has made it easy,” said Ghauri.
Omar said though the company has huge potential in MENA, its biggest challenge is one of perceptions.
“People believe that dust is here to stay and we just have to live with it, so when we offer our dust-control services, we get some resistance at the beginning,” he added.
“But we currently have a number of key clients in the Jeddah area, where we’ve applied our product, and our initial agreements were successful, so we’re looking forward to further agreements.” 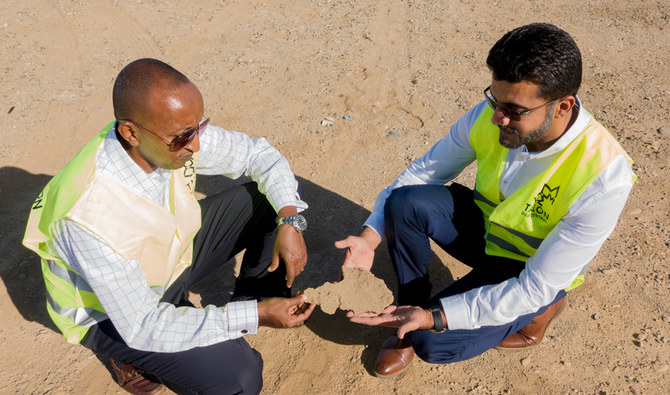 Find out more about our solutions and get a quote

Please make sure your details are correct before submitting so we can get in touch with you.